I Ride Allegheny to Support Our Heroes!

Here we highlight some of our riders - check this page often as we add new stories! 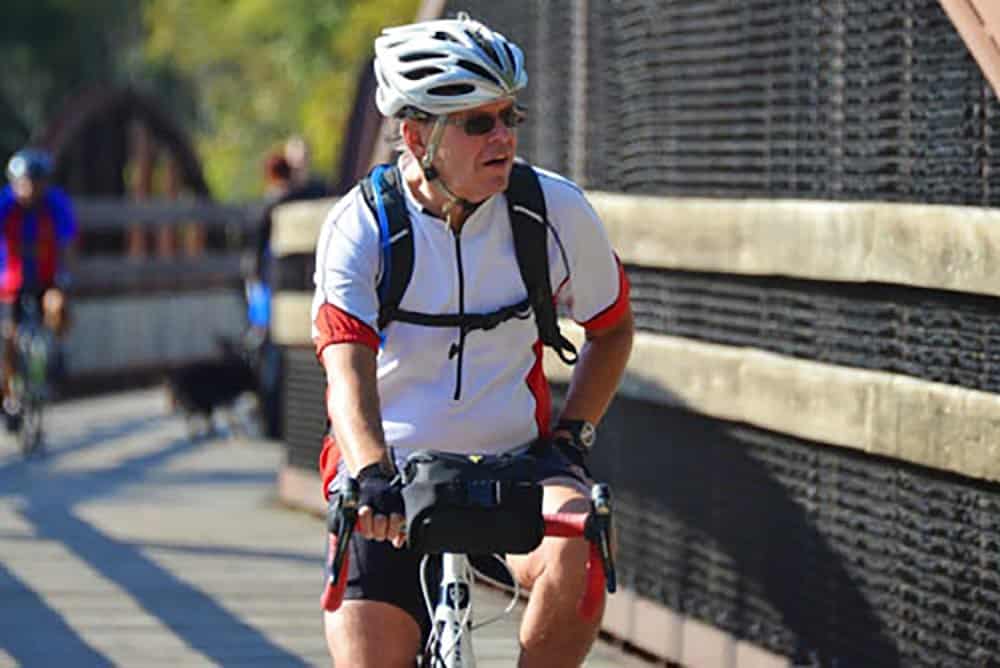 Tony Kralich started riding, like a lot of us, when he was a kid, but soon his interest in learning to fly a plane overcame his riding.

Tony Kralich started riding, like a lot of us, when he was a kid, but soon his interest in learning to fly a plane overcame his riding. After marrying his wife, Joni, and having a couple of kids there just wasn’t time to ride a bike. What prompted him to start again was a desire to get back in shape when the kids went to college. This desire was increased when he learned his employer was focused on the company “image”, which included employees’ fitness. Tony dusted off the old Trek hybrid he bought and headed out on a new trail that had just opened near his home.

Tony and his Sigma Chi fraternity brother, Dave Fraser, didn’t realize that they both enjoyed riding, even though they had known each other for 40 years. When they discovered this shared interest, they began looking for a chance to do a long ride. Dave heard about Ride Allegheny from his girlfriend and checked out the website. When they saw that OSC was involved, they knew they had to sign up.

In 2013 they did Ride Allegheny and enjoyed it so much they, along with a dozen of their Sigma Chi buddies, signed up to do it again in 2014. Tony said riding through the finish line archway into Smokey Glen, seeing the American flag and all the veterans, was a thrill he will always remember. Tony’s wife Joni, is not a rider, but she follows along during the four days and encourages Tony. She never thought she would be called upon to help Tony recover from a serious accident.

Last year, Tony was riding through Hancock, MD on Day 3 of the Ride. He was on the Western Maryland Rail Trail, a 22 mile paved trail that runs parallel to the C&O Towpath. Nobody is certain what happened next, but Tony remembers taking a drink from his hydration backpack, then being startled and grabbing the brakes. His next memory was waking up in the hospital with three fractured vertebrae in his neck and paralyzed from the shoulders down. After several tests and days in the hospital, doctors determined his spine was only bruised and that his chances of a full recovery were good. He was transferred back home to Dayton, OH by ambulance and he began his rehab.

Fast forward to today and Tony is riding again. He started a few months ago riding Joni’s “townie” and just doing short stints. Two weeks ago, he got back on the Domane and rode three miles. Tony said that experience was sublime, even though he has a little stiffness in his hands, weakness in his legs, and balancing the bike. He was relieved and overjoyed when everything worked well. Although Joni is concerned that her husband is recovering too fast, she knew he was determined to do something he clearly loves, riding a bike. That determination is why Tony was one of the first to register for Ride Allegheny 2015! 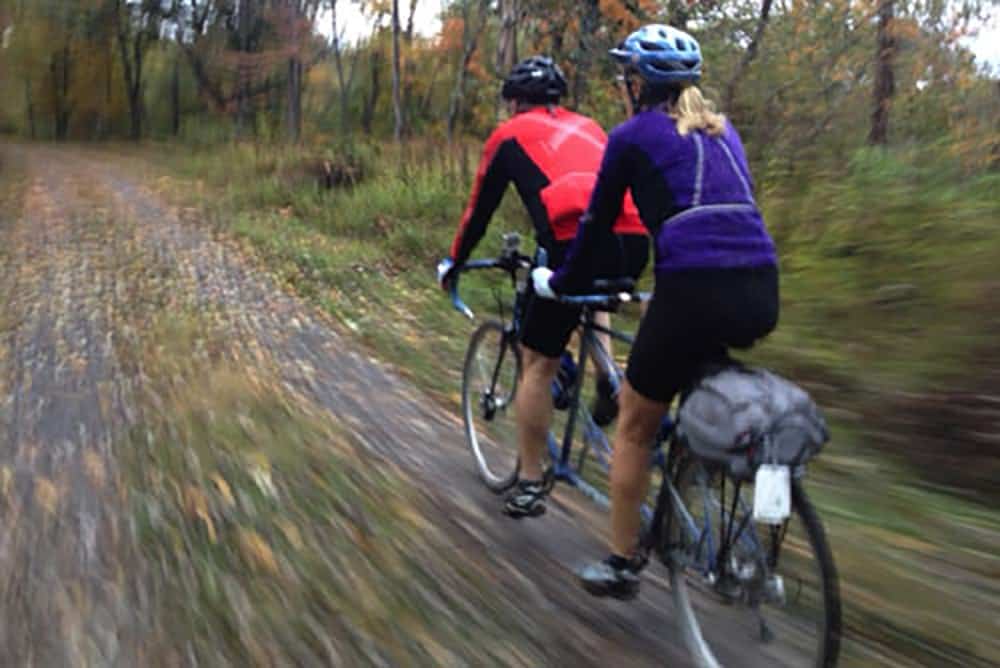 We are already looking forward to the next Ride Allegheny!

Read about Jon and Luanne

Luanne and I experienced the magic of riding a tandem on the Great Allegheny Passage and C&O towpath during RA2014. Tandems love flat trails and downhills and provide a built-in professional level pace line. We loved sharing our endorphin induced euphoria as the fall foliage zoomed by and out partnership eased theLuanne and Jon minor suffering that occurs with endurance activities.

We are amazed by the passion and dedication of the Ride Allegheny team, feel strongly about the cause and highly recommend the experience. We are already looking forward to the next Ride Allegheny! It is truly “The Ride of Your Life.”